If using the dijkstra function with direction turned on it is important to identify the order in which the nodes of a vector line have been digitised. This is called the direction, dijkstra can use this with a reverse_cost attribute to handicap wrong movement along lines to such an extent that the correct path can be calculated around things like roundabouts.

Here is an example of the roundabout in Straiton in Edinburgh just North of the A720 bypass. While some of the lines have a correct anti clockwise orienation clearly some have been incorrectly digitised.

First we can see this by displaying the network in QGIS but using the styling to arrow the direction. 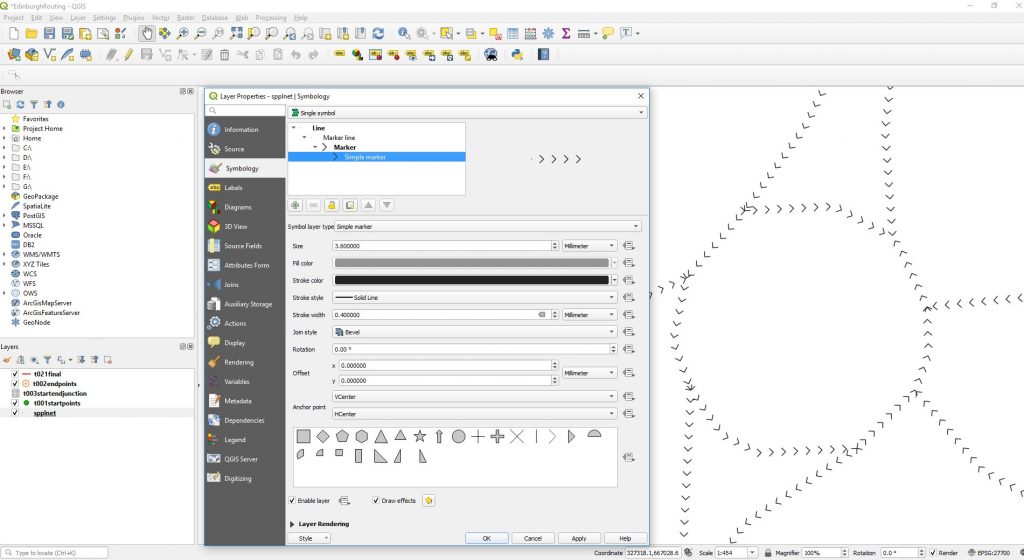 RAISE NOTICE can provide the same function as Message Box in VBA ie you can use it to comment on the progress of a script. RAISE NOTICE is not supported by SQL so you can’t place it in scripts containing SQL they need to be in plpgsql scripts. This isn’t too much of a hassle as the way I am working at the moment I am calling the SQL anyway from plpgsql so I can place my message boxes in there. 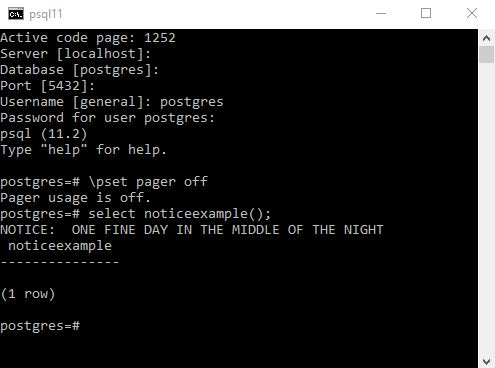 When creating a topology the geometry field cannot contain a Z coordinate.

OK but the Ordnance Survey Open Data highways layers containse a Z coordinate. Previously I had stripped this out using the latest version of QGIS which has a tick box in the front end that allows for import stripping of the z coordinate in the process. If you don’t have access to the latest QGIS version how can you strip out the z coordinates.

I had assumed after I had created a working SQL Script I would just be able to wrap the whole thing easily into a function and then bang it would be off to the races.
My script really needed to be run in order and for some as yet undefined reason I was getting particular errors where a table would be created and then a following query would add or alter that table. It looked like the second query was trying to adapt the table prior to its creation with an inevitable error.

I managed to get it working by making each SQL Query a function and then scripting the functions consecutively in a separate function using the PERFORM instruction.

I incorporate into this the check_function_bodies switch which just allows the creation of sql referring to objects that may not be in existence yet.

And then subsequently I create a function that runs the functions.

I was trying to write a script that would allow me to measure distances to schools and my original script gradually built up tables that were subsequently deleted. Worked fine in one big sql script but when I tried to convert this into a function so that it could be more easily stored with the database I kept on getting error messages stating that it was not possible to create sql that referred to objects that did not exist. Postgres validates functions and will at default prevent creation of functions containing SQL that refers to objects not yet in existence.

This parameter is normally on. When set to off, it disables validation of the function body string during CREATE FUNCTION. Disabling validation avoids side effects of the validation process and avoids false positives due to problems such as forward references. Set this parameter to off before loading functions on behalf of other users; pg_dump does so automatically.

Totally invaluable when you write scripts like I do.